They trucked out the rubble, dug up the rocks by hand, enriched the soil—and now there’s a farm in the heart of urban Tampa.

On just over two acres, chickens are clucking, workers are weeding, and vegetables are growing like crazy. This little patch of green has the feel of an oasis, wedged between a busy highway, an abandoned church and a seven-story affordable housing complex. Meacham Urban Farm is at 1108 E. Scott St., within the Encore! Tampa housing development. It’s a historically African-American neighborhood and the farm is named for Christina Meacham, the first African-American  principal of a Tampa school, whose home was near where the farm is now.

Joe Dalessio, 30, owns Meacham Urban Farm along with partner Travis Malloy, founder of TrailBale Farm. Joe says he’s normally pretty hard on himself, but he has to admit that he’s proud of what they’ve accomplished on this acreage. In a few short months, he says, “we’ve gone from an inert sand lot to being able to produce food weekly for our market.”

Growing a lot of food in a small area

The farm sells its produce at its on-site market store, open every weekend. Joe says they grow “bio-intensively,” meaning that they plant close together, and are constantly re-planting and turning over the crops. They grow crops that are in high demand, like lettuces or spinach; crops that bring a good price and that don’t require a lot of land. He’s also happy to experiment. Peanuts, he discovered, are thriving in this sandy lot with its good drainage, and they’ll be ready in the fall for boiling, roasting, or making into peanut butter. A Tampa peanut festival, he says, might even materialize if all goes well.

Even though they limit their crop choices to vegetables that can be grown bio-intensively on a small farm, the list of their organically grown offerings is extensive. They’ll be harvesting tomatoes, okra, eggplants, peppers, various greens, beets, radishes, turnips, sweet potatoes, and more. What they don’t grow themselves, they bring to the market from other farms while trying to stay as local as possible. Joe says that a Jacksonville farm is the farthest that the produce travels.

Fresh eggs are also available. Fifty chickens (plus an Ybor City rooster that happened upon the flock and refuses to leave) peck around the back of the lot, and they plan to add 50 more. Plans also include adding hardened pathways to make the farm more easily accessible, and exotic fruit trees to provide shade and food.  Joe says there are many such plans in the works: “I just need to get there faster.”

Building an oasis for the neighborhood

He says the goal is to have the whole perimeter of property planted with a variety of fruit trees, flowers, and habitat for beneficial insects.  They are trying to create a whole balanced ecosystem here—a biologically active farm on what was recently just sand and rubble.

The farm owners obtained the major part of their funding from Tampa Housing Authority and the U.S. Department of Housing and Urban Development (HUD), which saw this as a way to help revitalize the community and to bring farm-fresh produce into a neighborhood where there wasn’t much of that for sale. They’ve also partnered with the Hillsborough County schools, which will be bringing in students for educational programs.

Joe says that he hopes more of the farm’s neighbors will soon start wandering over to explore this fertile little patch on their block. “It’s important to me to create an aesthetically beautiful experience for people when they come in here,” Joe says. “We want to create a dichotomy from the urban environment when you come into here, a nice little place for people to escape to and have an agricultural experience.” 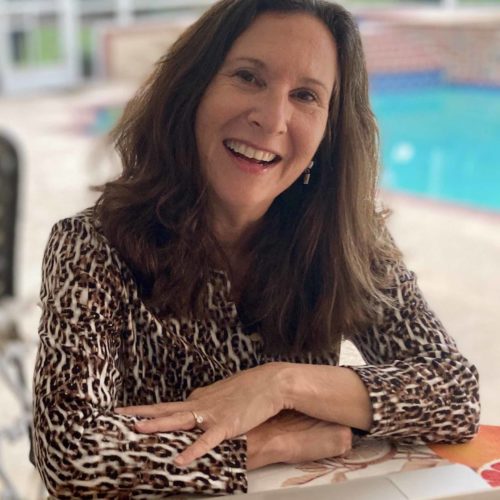 Robin Sussingham is the publisher and editor in chief of Edible Tampa Bay.